Bee pollinating a flower
The humble bee may be able to help fight cancer
Honey and royal jelly could become part of the arsenal of weapons against cancer, researchers say.
A team from the University of Zagreb, in Croatia, found a range of honey-bee products stopped tumours growing or spreading in tests on mice.
Writing in the Journal of the Science of Food and Agriculture, they say human cancer sufferers may also see benefits.

But they said the products should be considered for use along with, not instead of, chemotherapy treatment.
Tumour growth
The researchers looked at the potential benefits of bee venom and honey.
There is no doubt that honey has beneficial properties and can be very good for you
Dr Emma Croager, Cancer Research UK
They also examined compounds found in propolis, or bee glue, a resin-like substance which is used in the construction of honeycombs.
And they also looked at royal jelly from the salivary glands of worker bees – used as food for young larvae,

Tumours were generated in the mice via the injection of cancer cells, and each bee product was given to different mice before, at the same time, or afterwards.
It was found that giving honey orally appeared to inhibit the development of tumours when it was given before the injection of cancer cells – although if given afterwards, it appeared to fuel the development of secondary cancers.
Injecting the mice with royal jelly at the same time as they were injected with tumour cells significantly reduced the spread of the cancer.
And injecting bee venom into the tumour appeared to lead to it shrinking.
When propolis or caffeic acid, a chemical found in propolis, were injected, researchers saw significantly reduced subcutaneous tumour growth and an increase in the survival time of mice.
The researchers say it is not yet clear how bee products affect cancer cells.
But they suggest they may cause apoptosis (cell suicide) or have direct effects which are toxic to the cells, or which help the immune system fight the development of tumours.
The research team, led by Dr Nada Orsolic, said their study indicated honey-bee products could be a useful tool in the control of tumour growth in research.

They added: „The intake of honey-bee products may be advantageous with respect to cancer and metastasis [secondary cancers] prevention.
„Further animal and clinical research utilising these substances is suggested.“
Dr Emma Croager, a science information officer at Cancer Research UK, said: „There is no doubt that honey has beneficial properties and can be very good for you.
„However, this work is preliminary and careful large-scale studies in people are needed to confirm if eating honey can protect us from cancer.“ 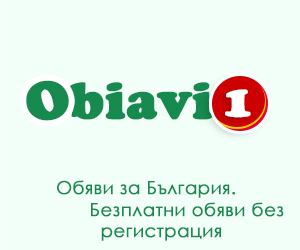